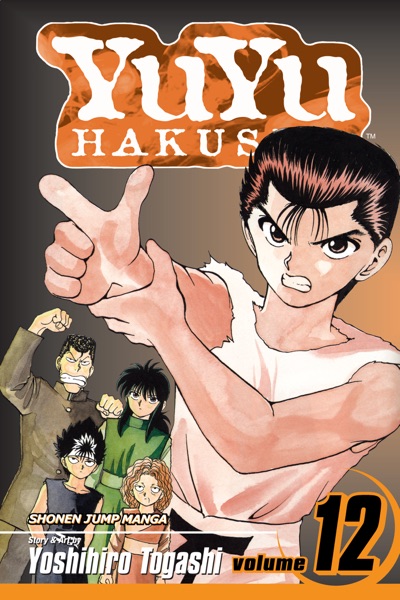 The Big Showdown!When Kuwabara learns the truth about Genkai’s demise, he takes the news hard, wondering why Yusuke waited so long to tell him. Then the elder Toguro reappears and taunts the team about Genkai’s death! It’s not a good idea to tease those experiencing great sorrow–a lesson the elder Toguro quickly learns, but not from the one you’d expect to teach him.Then it’s the match you’ve all been waiting for–Yusuke vs. younger Toguro! Witness fisticuffs the likes of which you’ve never before seen! Toguro powers up to 80 percent full fighting capacity and emits an aura so toxic it melts the weakest of the demons watching the tournament–and that’s just the beginning!