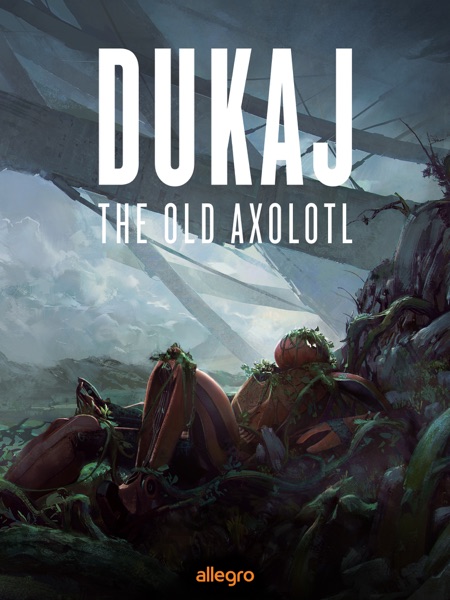 The Old Axolotl is an exhilarating post-apocalyptic tale about a world in which a cosmic catastrophe has sterilized the Earth of all living things. Only a small number of humans have managed to copy digitalized versions of their minds onto hardware in the nick of time. Deprived of physical bodies, they continue to exist by uploading themselves onto gigantic industrial robots, sophisticated medical machines, mechs designed for hard labor, military drones, star troopers and sexbots based on Japanese manga.

Drowning in nostalgia for the lost world, the survivors create civilization after civilization, life after life, humanity after humanity. They form alliances and fight wars. They develop their own politics, ideologies and crazy hardware religions. And they face dilemmas no one has ever confronted before.

What makes us human? Is it possible to copy a soul? Who really lives, fights and dies in those metal bodies? Who plays out the melancholy drama of physiology and the flesh?

The Old Axolotl depicts the reversal of old oppositions between life and death, progress and stagnation, the organic and the mechanical, exploring the mystery of the human soul and the eternal solitude of the human individual, whether trapped in a body or the reinforced steel of a robot.