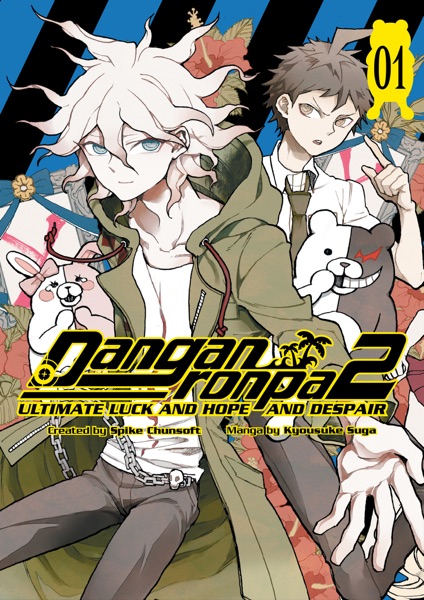 Based on Danganronpa 2: Goodbye Despair video game, the sequel to the original video game Danganronpa. The manga series Ultimate Luck and Hope and Despair contains bonus scenes not shown in the video game!

When a new class of students at the (in)famous Hope’s Peak Academy find themselves on a surprise school trip to a tropical island, they also find that suspicion and death is the only ticket home from this so-called paradise! Here, in the name of “hope,” Ultimate Lucky Student Nagito Komaeda is willing to kill anybody and everybody…including himself!