Blackfoot Lodge Tales: The Story of a Prairie People 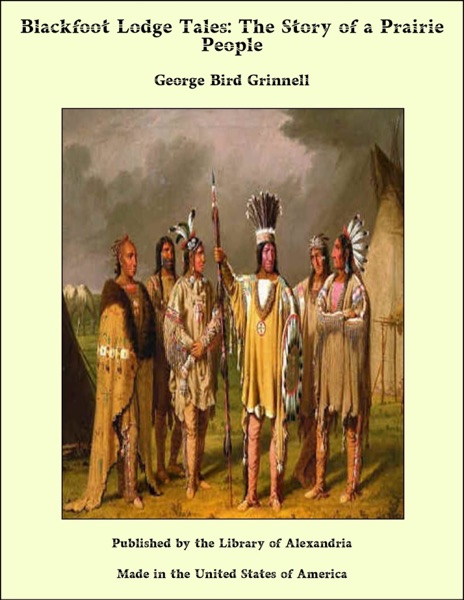 The most shameful chapter of American history is that in which is recorded the account of our dealings with the Indians. The story of our government’s intercourse with this race is an unbroken narrative of injustice, fraud, and robbery. Our people have disregarded honesty and truth whenever they have come in contact with the Indian, and he has had no rights because he has never had the power to enforce any.
Protests against governmental swindling of these savages have been made again and again, but such remonstrances attract no general attention. Almost every one is ready to acknowledge that in the past the Indians have been shamefully robbed, but it appears to be believed that this no longer takes place. This is a great mistake. We treat them now much as we have always treated them. Within two years, I have been present on a reservation where government commissioners, by means of threats, by bribes given to chiefs, and by casting fraudulently the votes of absentees, succeeded after months of effort in securing votes enough to warrant them in asserting that a tribe of Indians, entirely wild and totally ignorant of farming, had consented to sell their lands, and to settle down each upon 160 acres of the most utterly arid and barren land to be found on the North American continent. The fraud perpetrated on this tribe was as gross as could be practised by one set of men upon another. In a similar way the Southern Utes were recently induced to consent to give up their reservation for another.
Americans are a conscientious people, yet they take no interest in these frauds. They have the Anglo-Saxon spirit of fair play, which sympathizes with weakness, yet no protest is made against the oppression which the Indian suffers. They are generous; a famine in Ireland, Japan, or Russia arouses the sympathy and calls forth the bounty of the nation, yet they give no heed to the distress of the Indians, who are in the very midst of them. They do not realize that Indians are human beings like themselves.
For this state of things there must be a reason, and this reason is to be found, I believe, in the fact that practically no one has any personal knowledge of the Indian race. The few who are acquainted with them are neither writers nor public speakers, and for the most part would find it easier to break a horse than to write a letter. If the general public knows little of this race, those who legislate about them are equally ignorant. From the congressional page who distributes the copies of a pending bill, up through the representatives and senators who vote for it, to the president whose signature makes the measure a law, all are entirely unacquainted with this people or their needs.